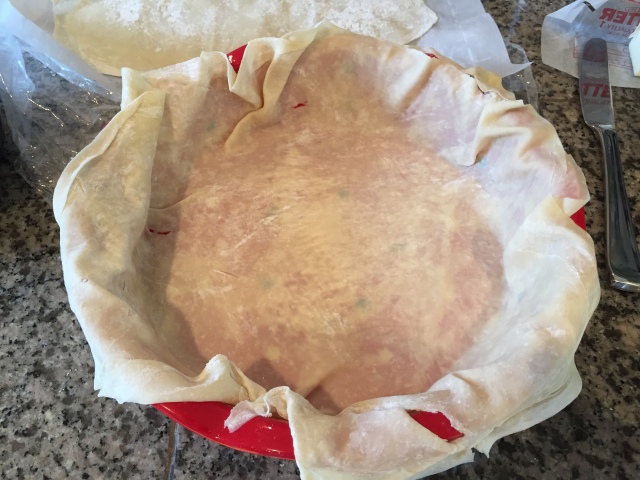 I became a mother almost two months ago and sometimes it still doesn’t feel like it’s real. It’s like how did I suddenly (though it wasn’t really) become a mother? Somehow, it feels like motherhood is something that has to be earned over a longer period of time, not something you can become in just one day when a baby is born. I’m not trying to discredit other mothers, by any means. We have certainly earned the title after carrying our babies in our bodies for 9+ months and going through childbirth, but somehow the title still feels strange. I’m sure it’s just like being married or changing your name in that it’s something that I will get used to over time. 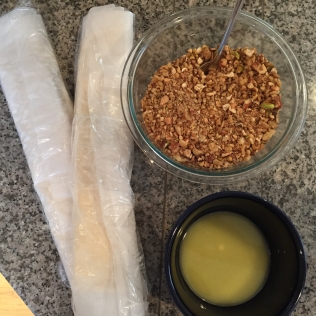 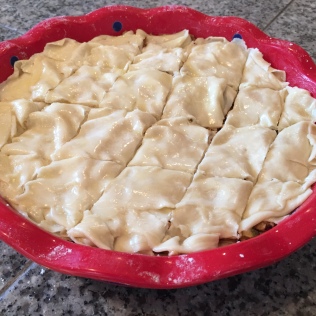 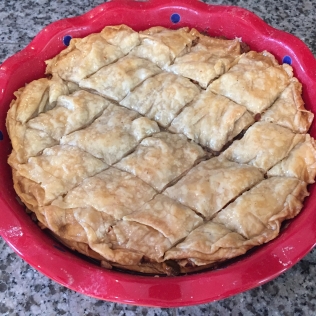 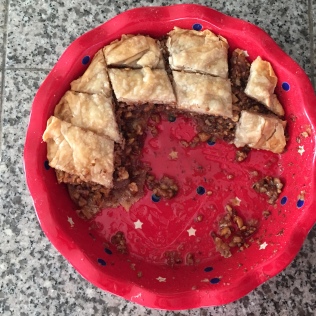 I thought motherhood would make me a different person, but mostly I still feel the same except with a baby. Feeling the same is good of course, as I didn’t want to lose who I was, but I somehow expected this overwhelming feeling of a change in identity. Maybe that also develops over time as I will interact with the world and my baby as a mother. 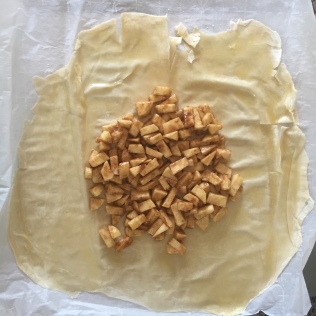 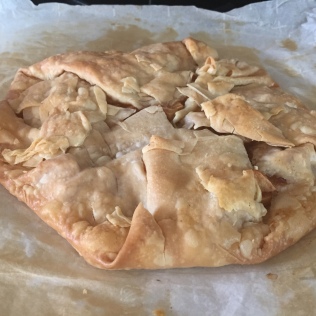 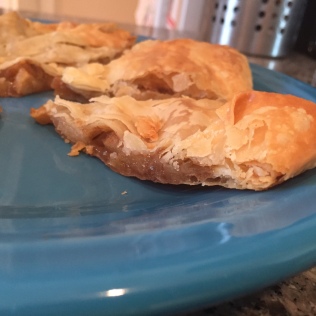 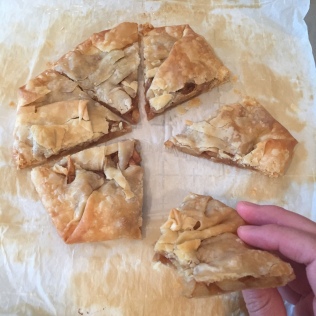 Of course one of the things that makes me me is my love of food and cooking. In the first few weeks of motherhood I definitely did not have the time or energy to cook and I was grateful to the friends who brought us food and the meals I’d prepared ahead of time to stock our freezer. It was hard enough to remember to eat or find time to eat when my focus was on feeding my baby and getting enough sleep. In recent weeks I’ve felt myself getting back to normal with my desire to get my hands dirty in the kitchen coming on strong. For some reason this week that desire manifested itself in homemade filo/phyllo dough, which I used to make baklava and an apple tart. I enjoyed the process of making the filo dough, though it didn’t turn out as thin as I would have liked, and I was able to use some nuts that were past their “best by” date (they’re still good!)

The baklava I made was based on this recipe here and the apple tart one I made up with a sheet of leftover dough I had. It felt good to get in the kitchen again and create something with my hands, though it certainly wasn’t the same as it used to be. I made the recipe in steps over an afternoon, evening, and morning, with interruptions determined by a certain hungry baby. In the future, hopefully she’ll be helping me to cook.

1 large apple of your choice, peeled and diced

Preheat oven to 350 degrees F and line a cookie sheet with parchment paper. Lay your sheets of filo dough on the parchment, brushing with butter every two layers or just on top if using homemade. In a medium bowl mix diced apple, sugar, flour, and cinnamon. Spread the apple mixture in a circle in the middle of your filo dough making sure that the apples are not piled on each other, though don’t be too picky about it. Gently fold the extra filo over the apple mixture and brush the top with butter. You may not use all of the butter.

Bake in the preheated oven for 20-30 minutes until lightly browned and crispy. Let cool and cut into slices.

*I used only one sheet of my homemade dough, though it was thicker than the store-bought kind.